Jon got up and headed for the Miniature Wonderland for the behind the scenes tour.


Michaelea had a leisurely morning and went to breakfast in the hotel. After breakfast she took the time to get things packed up and watched the river tours go by. 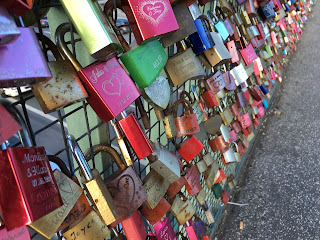 We were about 5 minutes late for the English one so we got the literature and headed on the Rainer Abicht for our hour long cruise. 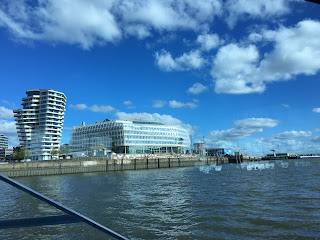 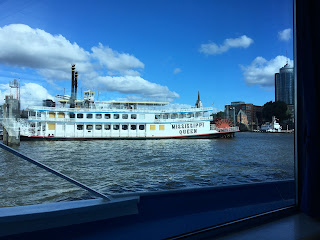 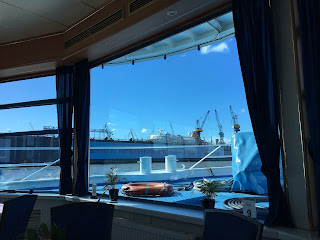 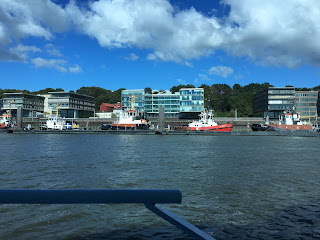 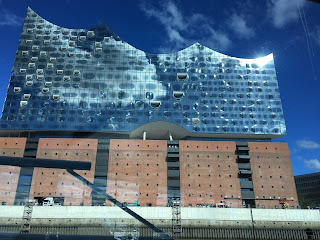 After the cruise we headed to Altona station to stash our luggage, eat lunch, and catch the bus to Airbus.

Our first attempt at catching the bus resulted in us being on the wrong bus and having to walk back to the station. Took about 10 minutes to walk back. We caught the second bus and we're still worried it was wrong even though it said Airbus right on it.

No photos allowed at Airbus. While we were waiting for our tour to start the Beluga took off. It was delivering a section of the plane to Toulouse, France. The tour was pretty cool. Much different from the Boeing tour we did. A lot less strict. We still had to follow protocol but we were allowed on the actual floor in the hanger. They transported us between hangers using a bus. We had devices around our neck that acted as a receiver from the guide so that we could hear what he was saying. The bus escorted us off the property and dropped us off right at the bus stop we needed to go back to Altona.
The bus was pretty full and we were forced to stand.  Another bus showed up so we jumped off and ran to that one.

We made it back to Altona with about 45 minutes before our train left. We went to the washroom, grabbed dinner and then grabbed our luggage. Next we walked to the platform where we expected to sit and wait for our train. It was just pulling in as we got there. We ended up having to walk the entire length of the train in order to get to our car. We are in the car directly behind the engine and our room is in the very front of the car, behind the toilet and shower. 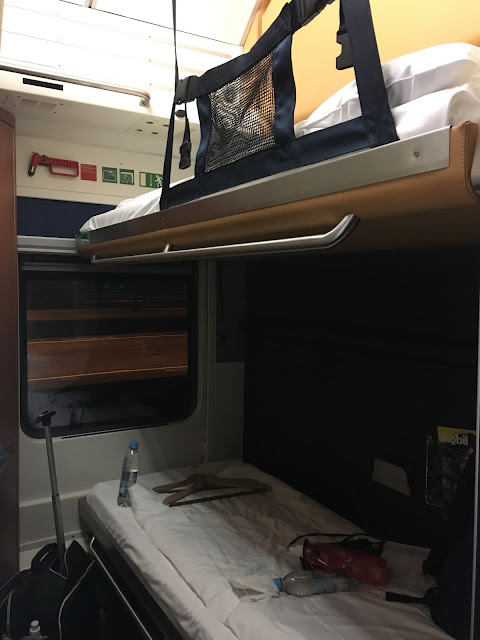 We finished eating our dinner before getting settled in. Our Steward showed us how the lock and key worked I our door before we disembarked. There is this wurring sound that comes and goes and we get these bright flashes of light every once in a while when the pantograph arcs. Every corner results in a squeak. It got better through the night. We both slept, but not a whole lot. Woke up around 5:45 and gave up on sleeping.