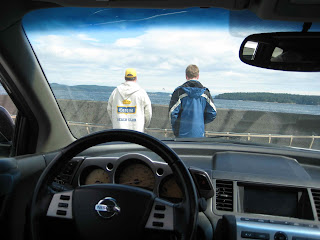 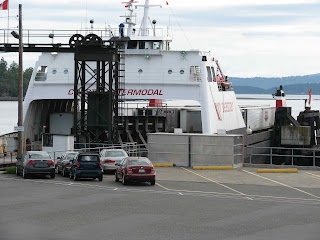 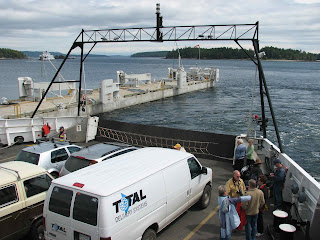 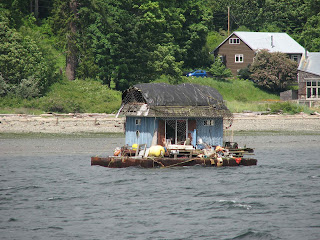 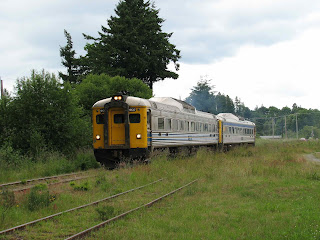 We woke up and went on a search for breakfast. Had a hard time finding a Tim Horton's, but we prevailed. Now we really had to hurry up so that we could get a spot in line for the ferry over to Salt Spring Island. Well I guess we didn't need to hurry too much as we spent a lot of time waiting for the Ferry. We were able to walk around and visit some of the artist vendors set up at the Ferry terminal. There was some really nice stuff there.

Finally on the Ferry to Salt Spring. We had the best seat in the house. It was an open air Ferry and only one deck. We stayed with the car for some of the trip and stood in front of it for some as we were right at the front of the boat. Surprisingly enough there wasn't much in the way of wind at that location. It was really neat to stand on the front of the ship.

We parked near a laundry mat and walked around main street. Saw some really neat stuff in the stores. We stopped in at a little deli for lunch and then walked over to the bakery, then back to the car. We wished we had a little more time to explore, but the mighty Ferry calls and we must go and wait for it.

We took the Ferry over to Chemainus and stopped in to see Harry and his wife. It was supposed to be a quick trip. The guys got talked into going to see the train as it came through... They were kidnapped and forced to chase the train all the way back to Duncan.... Two hours later they returned. We now had no more time to visit and had to get on the road to Port Alberni for the night.

In Port Alberni we stayed in a Bed and Breakfast for the night and they recommend a couple of restaurants we could have dinner at. This was almost 8pm at night. We went to a Schnitzel House for dinner. The food was good and the atmosphere was definately German. After dinner we headed back to the B&B unloaded the car and headed to bed.
Posted by Jon & Michaelea Calon at 7:16 PM